In 1.5 update Fer-de-Lance got some serious love: class 6 power plant instead of class 5, improved heat dissipation and better pitch and roll rate.

After the buff Fe-de-Lance pitches better, it can handle many power hungry weapons like Rail Guns, Plasma Accelerators and still have enough power for best Shield Boosters and Shield Cell banks.

Because of better heat dissipation you can use Fer-de-Lance more effective for silent running, if that's your aim.

Is Fer-de-Lance too good? Everyone must decide for himself, I would say that power plant addition is overkill because it doesn't feel like combat ship anymore (apart from silly jump range) but more like multi purpose ship, top speed and pitching speed is one of the best in the game for all big ships, best shields after big three ships (Anaconda, Imperial Cutter and Federal Corvette), reasonable armor, 6 utility mounts also is best after the big three, however, internal compartments are a limiting factor - there are not enough of those. We will see a lot of Fer-de-Lance now flying in Player vs Player encounters, much more than before. 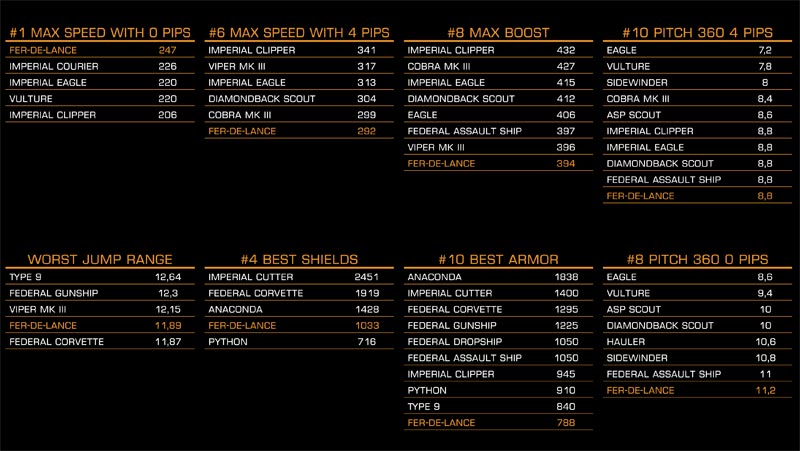