In 1.5 ships update we will have 2 new ships and 3 variants of existing ships. Let's compare Lakon Keelback which is based on Type 6 and called as an armored transport.

Keelback has slower speed, it is also slower at pitching (13,2 vs 12,8 seconds with 4 pips to engines) which is a shame because in combat it's important, has 24 tonnes less cargo with same jump range laden, but extra 2 medium hardpoints while having same power coupling class module, so not much of an improvement and I would even say it will be used exactly for same purposes as Type 6 just not as effective because of smaller cargo bay size.

Price for trade fitted Keelback is around 4,5 million credits, for Type 6 around 3 million credits. Laden jump for both ships is similar - slightly under 20 LY. 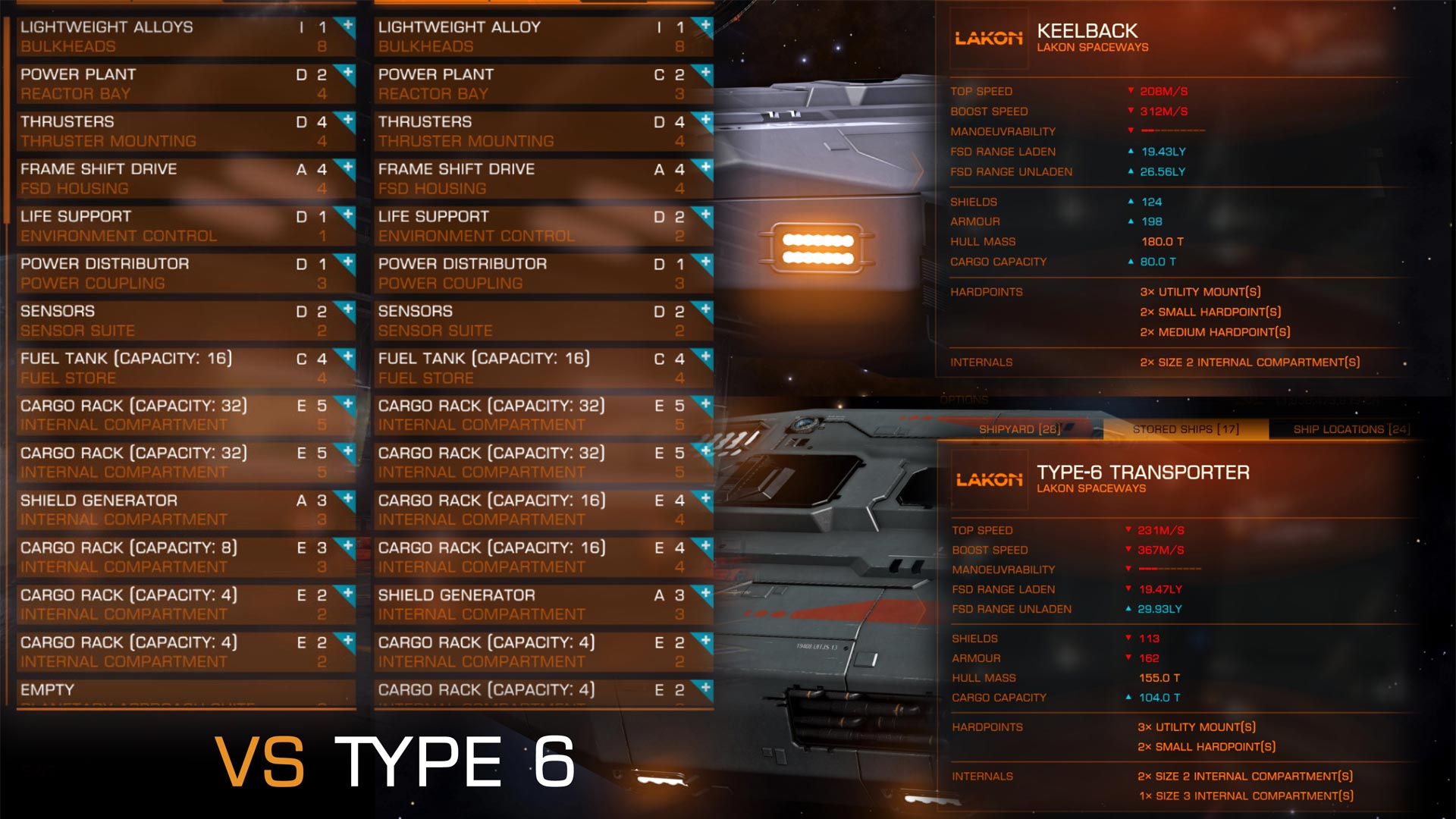