Five weapons, five bulkheads, which armor is the best? 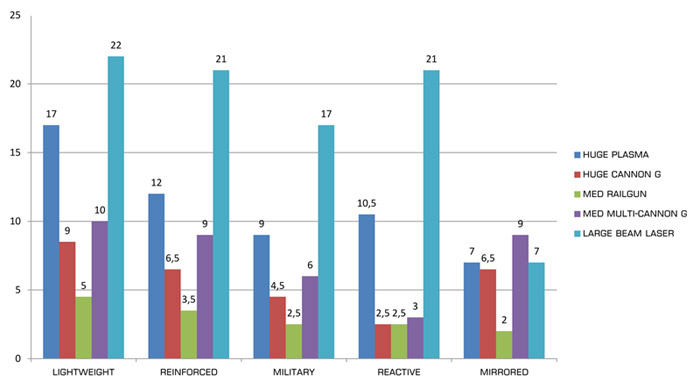 What armor to choose

As you can see from images then you can forget about Reinforced armor for combat ships because it's almost same as default Lightweight armor thus we all have 3 options: Military, Reactive or Mirrored.

If you know what weapons enemies have then choice is not hard - against all thermic weapons (Lasers) mirrored armor will protect 2-3 times better than any other armor, as well as mirrored armor is best armor against Railguns and Plasma Accelerators.

Against kinetic weapons (cannons) reactive armor is 2-3 times better than any other armor and military armor is good all rounder if you don't know what to expect or just simply have not enough money for reactive or mirrored ones.