2 new ship variants - Viper Mk IV and Asp Scout. Both can be used effectively for combat so let's compare them.

It seems Frontier swapped accidentally stats for both ships, because Asp Scout has one class higher Power Coupling!, Sensors and Life support modules. While last two do not influence much having 2 small and 2 medium hardpoints on both ships then class 4 power coupling makes all the difference - Asp Scout can shoot longer than Viper Mk IV, which one is combat oriented ship here?

Both ships have a maximum of class 4 internal compartment which you can use for shields, maximum cargo without shields for Asp Scout is 52 tonnes, for Viper Mk IV - 50.

I really hoped that Viper Mk IV will be improved variant of Viper Mk III but if even Asp Scout beats it in almost every way...There's still a hope that devs will tweak Vipers in 1.5 beta, BOTH vipers. 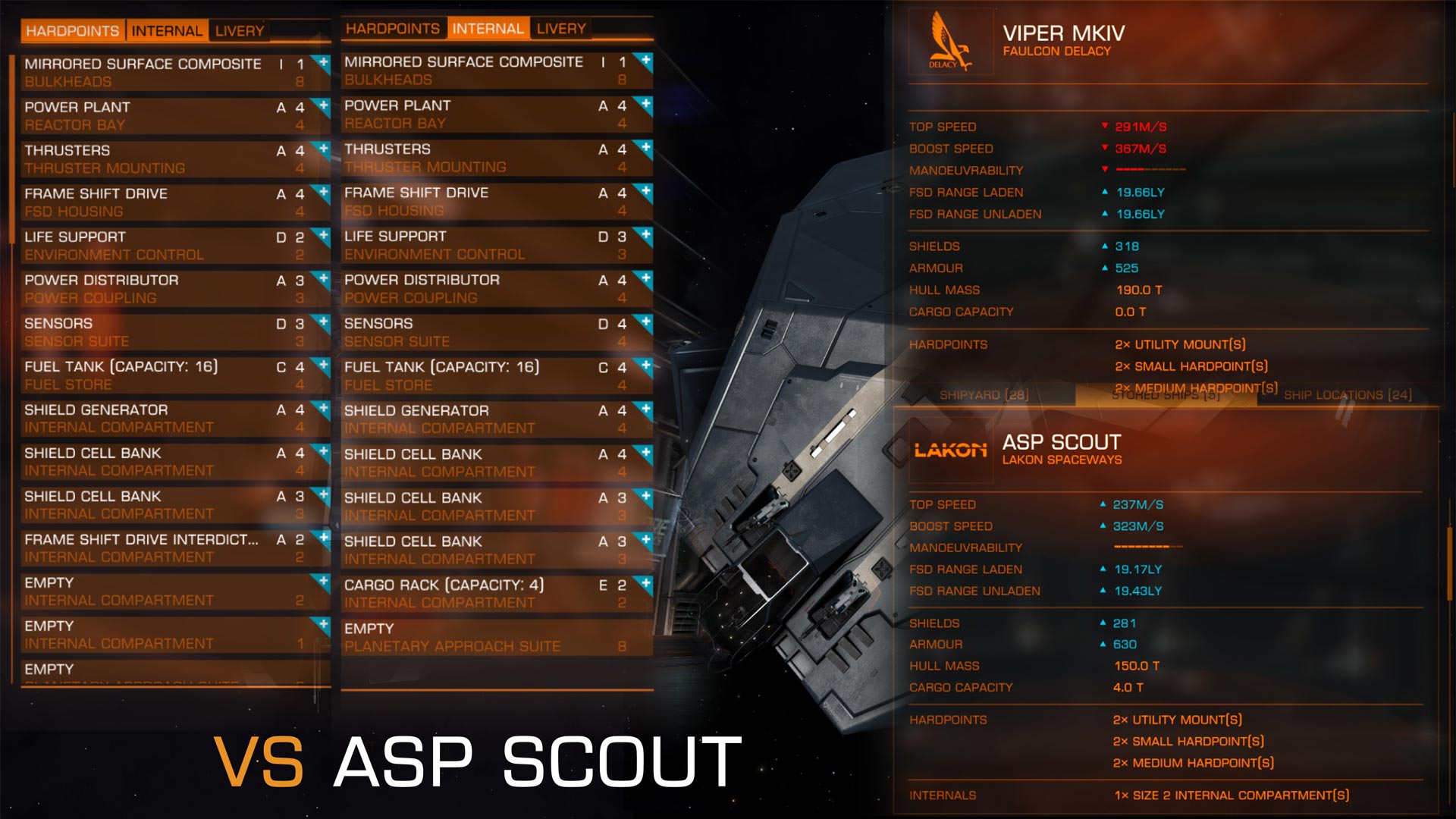