One more ship variant we will have in 1.5 ships update - Viper Mk IV, so let's compare it to his smaller brother Viper Mk III.

Viper Mk IV has one class higher power plant, thrusters, frame shift drive than Viper Mk III, with higher class and more internals meaning higher class shields can be fitted but same time it is heavier so increase is not that big and has same hardpoints - 2 medium and 2 small (we have enough of those ships already in the game).

Viper Mk III is faster and slightly more agile (11,2 vs 12 seconds 360 degree pitching with 4 pips to engines). Viper Mk IV because of higher class frame shift drive has greater jump range - combat fitted it can jump around 20 LY compared to Viper Mk III 12 LY. Viper Mk IV also can have up to 50 tonnes of cargo without shields vs Mk III 22 tonnes, but you will use Vipers only in combat anyway.

Bottom line is that same firepower doesn't justify having this ship in the game, especially because pitching speed is so slow, vulture is still by big margin better especially if we consider that combat fitted Viper Mk IV price is around 11 million credits (Viper Mk III 6 million). 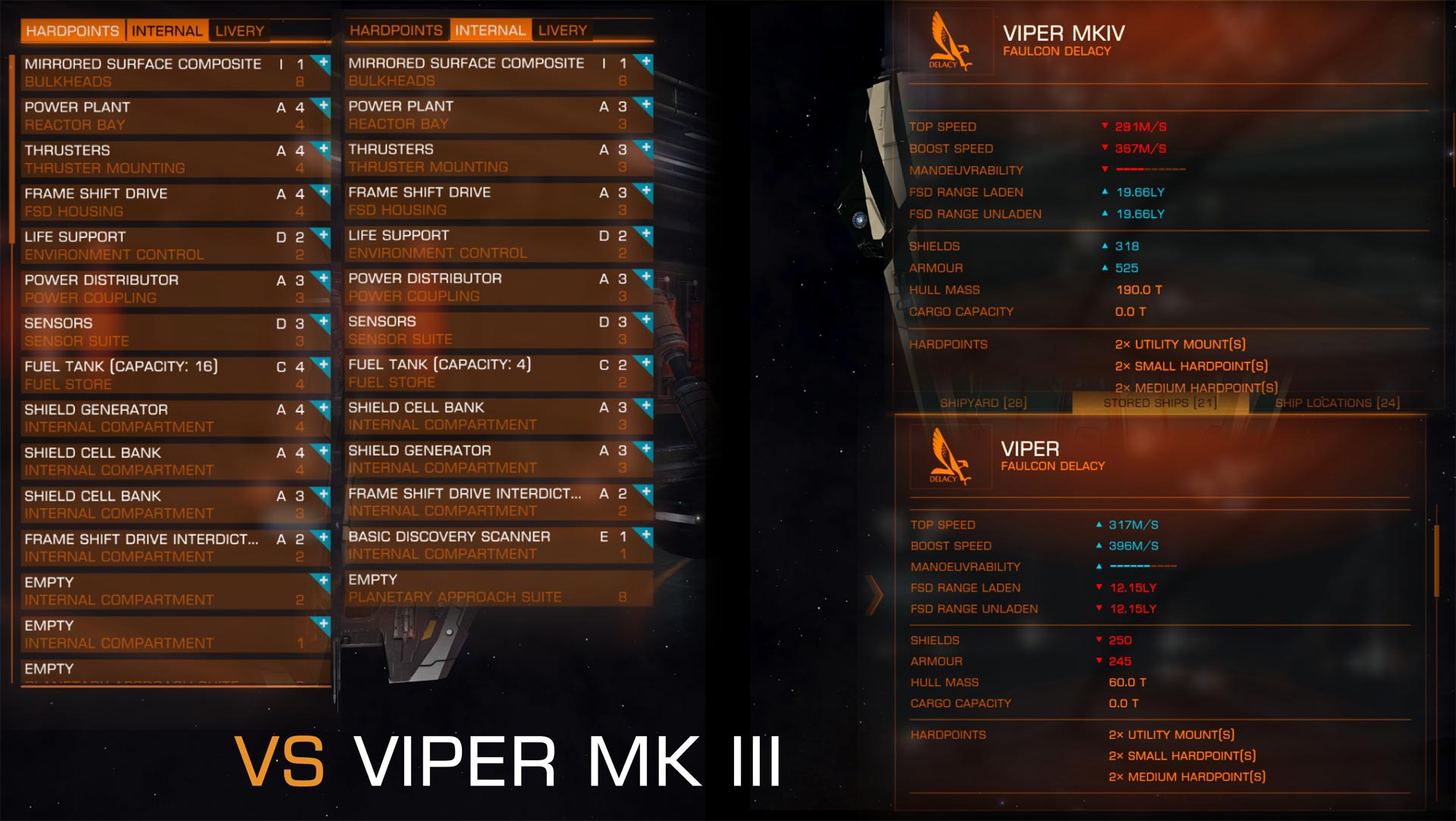