6 weapons - 2 from each type - Large Plasma Accelerator, Medium Railgun, Medium Multi-Cannon, Huge Cannon, Medium Beam and Large Pulse lasers - fired at 500m up to 2500m. Further away you are from your target less damage your weapons will deal. 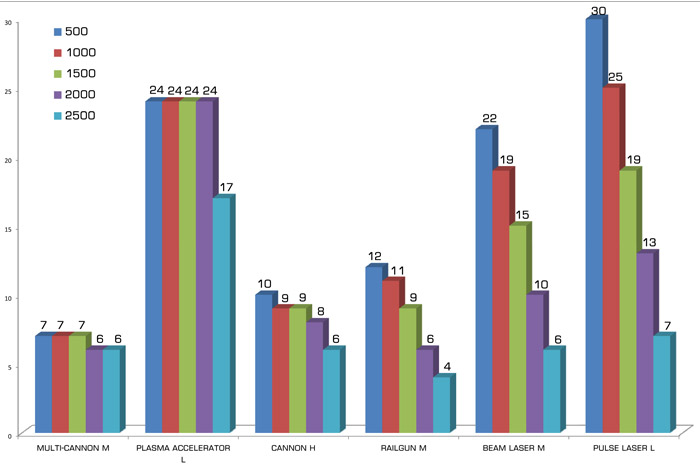 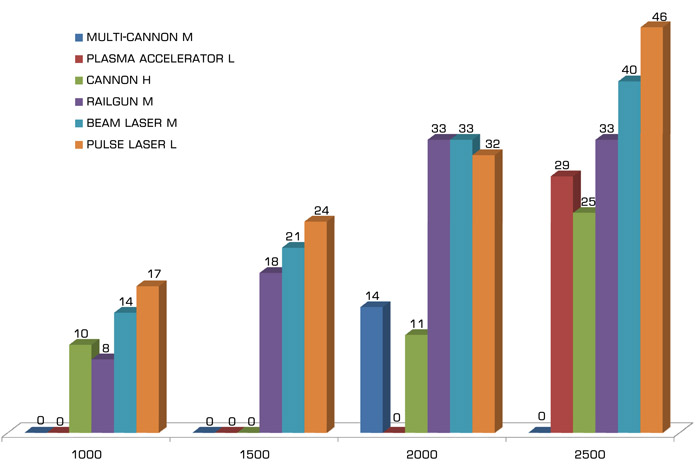 If at 1000meters compared to 500m weapons wont lose much - Multi-Cannon and Plasma deal same damage, Cannon lost 10%, Railgun 8 and both lasers 14 and 17% accordingly then at 2,5km compared to 2km only Multi-Cannon deals almost same amount of damage while all other weapons lost significant firepower - Plasma 29%, Cannon 25%, Railgun 33%, Beam 40% and Pulse Laser even 46%. And that's only compared to 2km! 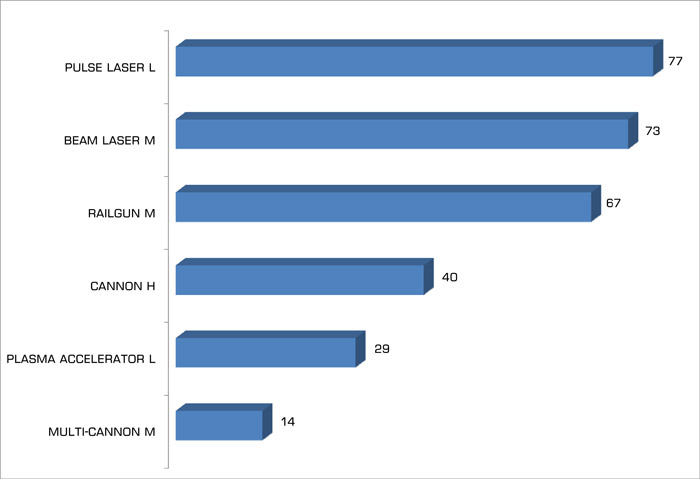 Lasers and Railgun lost incredible amount of damage - Lasers deal around 4x less damage at 2,5km compared to 500m, Railgun "only" 3x less damage. Huge Cannon deals 40% less damage, Large Plasma Accelerator 29% less and Medium Multi-Cannon only 14% less (keep in mind that error margin might be another 14% for this test because multi-cannon dealt least amount of damage and error can be up to 0,9% which you cannot see when you check target shields, but even with that maximum loss for multi-cannon is less than 28%).

While damage per second is one way of judging about weapon there are too many other very important factors - energy efficiency of weapon, distance between you and target, how big and agile ships are involved in combat, what type of weapon you and enemy have (gimbaled, turret, fixed), so in the end to determine how good the weapon is you have to take this all into account and most likely there will be many different weapon load outs that will suit better against one type of enemy and be very bad against other and wing vs wing will be also different.

Remember always to keep 4 pips to SYS if you are under fire, ram enemy if you fly heavier ship or have hull reinforcement packages etc.